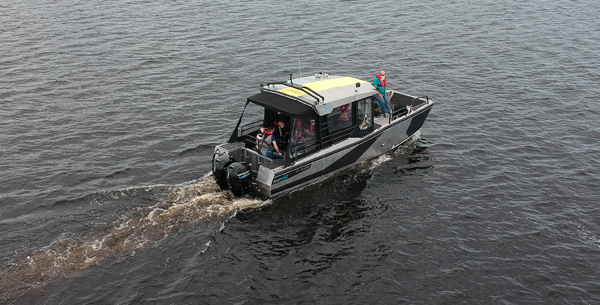 Illicit traffic of Irish antiquities: the international case of the Inchcleraun gravestones.

Inchcleraun is an island located in the Lough Ree, a lake in the Irish midlands, the second of three major lakes on the River Shannon. This small island is about 1.6 km in length, covers an area of 32 hectares and forms part of County Longford. The name Inchcleraun is the anglicized version of InisChlothrann, the Irish transla-tion of which is ‘Clothra’s island’. The place was cele-brated in ancient times and is associated with the legen-dary tale TáinBóCúailnge. Clothra was the sister of Meadhbh, the famous queen of Connacht, whose tragic death occurred on the island.

The arrival of Christianity led to the naming of the isl-and as InisDiarmuda, after the saint who founded its cel-ebratedmonastery.A later name of the island, Quaker, is the surname of one of its 19th century owners.

Saint DiarmuidAnNaomh (‘the Just’; † 542 AD) was a famous Irish Catholic monk and confessor of the firsthalf of the 6th century. He was of princely origin and a native of Connacht. He founded a monastery on InisChlothrann about the year 530. His fame attracted many disciples to the island. After his death the monastic school maintained its reputation for over six centuries, and the island remained a famous pilgrimage destination until the Reformation period. The community adopted the Augustinian rule around the mid-12th century, becoming the priory of Saint Mary. The monastery was dissolved in 1541.

The remains of five churches and a priory are still vis-ible on the island. Most of these evidences date to the Late Middle Age. The clustering of many small churches reflects a common spatial disposition within early me-dieval monasteries. Four of the buildings, close to the eastern shore of the island, are surrounded by an oval en-closure, which may preserve the line of an early medieval predecessor. The four buildings are TeampullDiarmada (‘Saint Diarmait’s church’), TeampullMarbh (‘Church of the Dead’), another church whose name is unknown and the priory, called TeampullMór (‘Great Church’). Out-side the enclosure TeampullMhuire (‘Saint Mary’s Church’ or ‘Women’s Church’) is south of the main group, and TeampullClogás (‘Belfry Church’) is located to the north-east, on the highest point of the island.

Among the characteristic features of the Irish early medieval monasteries is the presence of inscribed slabs and pillars, which chiefly carried out the function of grave markers. The greatest concentration of such arte-facts, generally dating from the 7th to the 10th century, is found in the Midlands, particularly at Clonmacnoise, with smaller clusters at Gallen, Clonfert, Clonburren, Durrow and elsewhere. The Sites and Monuments Record, com-piled by the National Monuments Service, attributes to Inchcleraun a group of six gravestones. These artefacts stood on their island for many centuries, as silent guards of the sacred ruins. Towards the end of the 1980s some-body stole four of these stones, putting them at the centre of the international case that is the subject of the present article.

Before discussing the matter it is appropriate to pro-vide a brief description of the plundered gravestones. To this purpose we will indicate them respectively as Stone A, Stone B, Stone C and Stone D.

Stone A (SMR No.LF021-048005) is a round-topped pillar of grey liestone and measures 0.74 by 0.34 by 0.14 m. The two main faces are dressed and decorated. One bears a single-line Latin cross outlined by a single-line border with rectangular expansions at all the terminals but the lower. A further outline runs along the former just in the lower cantons. A small circle is in each of the upper cantons. The opposite face bears an outlined Latin cross with rounded and slightly receding corners at the intersection of the arms. The block has either retained its natural shape, or has only undergone a mini-mum of rough working. Both of the decorated faces show a similar condition with solution weathering and some minor lifting of flakes within the incised lines of the de-coration. The top and lateral faces are marked by frac-tures, shake lines and solution pits, with the former also marked by mechanical abrasion. The earliest recorded location of Stone A is between TeampullDiarmada and TeampullMór on the Inchcleraun Island. It is currentlykept at the OPW National Monuments depot at Athenry, Co. Galway.

Stone B (SMR No.LF021-048009) is an irregular slab of laminated grit and measures 0.69 by 0.55 by 0.15 m. The dressed front face bears a three-line Latin cross with a circular expansion at the centre and semi-circular ones at the terminals. All the expansions contain geo-metric patterns. A quite worn out two-line Irish inscrip-tion in half-uncial script runs vertically downwards through the four cantons. The right-hand line, no longer decipherable, was recorded by Crawford as reading OR [OIT] DO LAITHB[ER]TACH, which translates as A Prayer for Laithb[er]tach. The left-hand line reads B, ?, A, C, H, the second letter being too worn to decipher. The rear face has a natural rounded surface. The front face includes two flakes, one to the upper right and one to the lower left, and an area of recent mechanical damage to the upper right. The earliest recorded location of Stone B is near TeampullMhuire on the Inchcleraun Island. It is currently kept at the OPW National Monuments depot at Athenry, Co. Galway.

Stone C (SMR No.LF021-048010) is a round-topped subrectangular slab of grey fossiliferous limestone and measures 0.42 by 0.3 by 0.09 m. The dressed front face bears a single-line Latin cross with triangular expansions at the terminals. A double spiral is at the centre of the lower left canton. The other faces appear as fracture surfaces; this could be due to natural causes or to rough working. The dressed surface shows reduction due to so-lution weathering, a shake line to the lower right and a recent mechanically induced chip to the upper right.Stone C is currently kept at the OPW National Monu-ments depot at Athenry, Co. Galway.

Stone D (SMR No.LF021-048011) is a subrectangular slab fragment of fossiliferous limestone and measures 0.42 by 0.3 by 0.19 m. The dressed front bears a two-line very worn out Latin cross with a circular expansion at the centre. The horizontal arms of the cross are all but disappeared. The rear face has a fracture surface. The pit-ting on the front face is related to both working and loss of inclusions. The earliest recorded location of Stone D is on the low wall in front of the caretaker’s cottage on the Inchcleraun Island; it is currently kept at the OPW National Monuments depot at Athenry, Co. Galway.

On the 6th of March 1991 Peter Kenny, a 67-year-old Irishman who had lived in Australia for long time, made a phone call from Miami to Robert O’Neill, Director of the Burns Library of Rare Books and Special Collections at Boston College. The library houses one of America’s most comprehensive collections of Irish historical and cultural material. Kenny said he was a retired ship’s cap-tain and that he was trying to find a good home for his possessions. He offered to sell various ancient artefacts to the university, the most important of which were 5th and 6th century gravestones. The proposal included other rare Irish antiquities, most of which, unlike the gravestones, would turn out to be fakes. Kenny told O’Neill that he had owned the artefacts for about forty years: some that he had found, some that he had bought, but most of them given to him by family members. He claimed that a few of them, including the gravestones, had been in his familyfrom the time of Brian Boru160. O’Neill expressed an in-terest, but also a desire to obtain more information about the items.

Within a week he received a letter from Kenny con-taining details of the items, photographs, and more plaus-ible explanations for his acquisition of the artefacts. Feel-ing suspicious, O’Neill contacted the National Museum of Ireland. Eamonn Kelly, Assistant Keeper of Irish Antiq-uities at the time, received a phone call on the 12th of March, and immediately recognised a connection with a situation that the Irish authorities were monitoring in that period161. A copy of Kenny’s letter was faxed to Kelly, who shortly afterwards confirmed that gravestones fitting the description had been recently stolen from an ancient monastic site on the Irish island of Inchcleraun. Kelly al-so put O’Neill in touch with Police Deputy Superinten-dent Thomas Connolly of Dublin, who in turn alerted the U.S. Federal Bureau of Investigation. During the follow-ing two weeks Kenny wrote another letter to O’Neill and called him twice, clearly showing signs of increasing res-tlessness.

Detective Superintendent Connolly, urged by a letter written by O’Neill, contacted the office of Charles Haughey, Ireland’s Taoiseach (Prime Minister), from where strategic calls were apparently made to the Ameri-can authorities. The Federal Bureau of Investigation was mobilized and on the 3rd of April Special Agents Darryl Radt and John Newton of the Boston Office visitedO’Neill and collected copies of the correspondence. O’Neill agreed to call Kenny on the following day and authorised the FBI to record the conversation. During this call it was agreed that Kenny would personally deliver the artefacts to O’Neill in Boston. On the 15th of April Kenny called O’Neill saying that he had arrived and was staying in a motel in Wellesley in Massachusetts. The FBI promptly organised a sting operation and, instructed by the agents, O’Neill invited Kenny to come to the Li-brary on the next morning. On the 16th, before Kenny’s arrival, Federal Agents were positioned inside and in front the building, all dressed as students or maintenance workers. Boston College Police was also involved; a US Customs official and the Irish delegation arrived to par-ticipate in the operation. Eamonn Kelly and Paul McMa-hon, Inspector of National Monuments for the Office of Public Works, were escorted to Boston, ready to assess the artefacts and certify their origin as soon as the loot was recovered. As scheduled, Kenny arrived at the Li-brary, carrying the artefacts in his car. He met with O’Neill and Edward Clark, a wired Special Agent who was posing as a Boston College benefactor interested in sponsoring the purchase. After some bargaining, they agreed on a price of $435,000. The F.B.I. agent and O’Neill gave Kenny some front money. The three fixed a new meeting for the 22nd of April, in order to close the deal with a final payment.

On the 17th, Detective Superintendent Connolly flew back to Ireland to supervise the European part of the sting operation. Agent Clark, acting again as the same Boston benefactor, called Kenny’s associate, a 40-years old County Longford Police Officer, who readily offered to sell him other ancient artefacts. On the 22nd of April the Garda Síochána (Ireland’s National Police Service) ar-rested the Police Officer, who was suspended and subse-quently resigned, and a pub owner, another associate of Kenny’s.

Once the arrests in Ireland had been carried out, the FBI was ready to proceed against Kenny in Boston. In the afternoon of the same day Kenny was surprised by F.B.I. agents at his motel in Wellesley and arrested on smug-gling charges. On the 25th of July Kenny pleaded guilty to smuggling stolen goods into the United States and on the 26th of August he was sentenced to four months in federal prison. As he had already served that time since his arrest he was soon released.

On the 17th August, once the necessary legal processes were complete, the stones were returned to Ireland. Ed-ward Clark and Thomas Hughes, head of the FBI office in Boston, accompanied the boxes containing the arte-facts to Ireland and turned them over to Vincent Brady, Irish Minister of Public Works, at Shannon Airport.